At the beginning of March, new narcotics breathalysers were rolled out for use in the UK. These new ‘drugalyzers’ are designed to detect traces of 16 different substances, eight regularly abused prescription drugs and eight illegal substances including cannabis, heroin, and cocaine. Cannabis and cocaine are estimated to contribute to 85 per cent of road traffic fatalities in the UK.

Previously, some citizens stopped for drug driving were able to evade prosecution due to the lack of roadside drug testing available to police officers. The drugalyzers are now being carried by law enforcement and are intended to reduce the incidence of drug driving. Of the118 drivers recently stopped for suspected drug driving in South Yorkshire, 61 tested positive for drugs. Compared to the 5 per cent of drivers that test positive for alcohol after being stopped for suspected drunk driving, removing drivers under the influence of drugs is being seen as increasingly important. 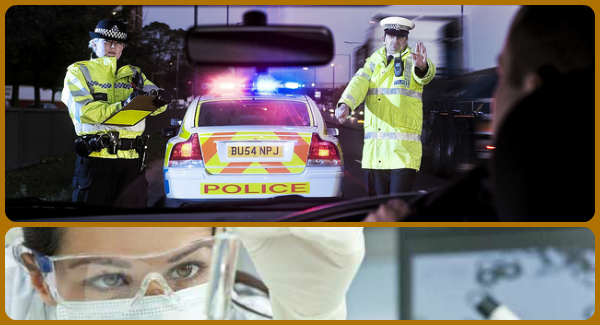 Unfortunately, as the drugalyzers are currently limited to testing 16 different substances, there is some concern that offenders will simply choose alternate, often more dangerous, substances to get high. Drugs such as mephedrone and GHB are expected to see a rise in use as offenders attempt to avoid detection.

All in the fingers

Research led by the University of Surrey recently demonstrated a new way to detect cocaine use via a fingerprint. The test uses mass spectrometry to analyse the fingerprints and successfully differentiates between physical contact with cocaine and ingestion by detecting metabolites that are produced when a person ingests cocaine.

Accuracy of the new technology was verified by conducting comparisons of the results of fingerprint testing and results of the more traditional oral fluid lab test of patients attending drug treatment services. Researchers have high hopes that this technology will see wide-spread use in the not so distant future. They hope to see miniaturized mass spectrometers become available so that this form of testing can take place in the field. The technology could see use not only by the police at the roadside, but also in prisons, courts, and probation situations.

Technology and the future

This fingerprint test is not only the least invasive form of drug testing developed to date, it also has the advantage of being the most fool proof. The test sample is accompanied by the subject’s fingerprint, ensuring that the test cannot be faked. The collection of samples also avoids exposure to biological hazards such as blood or urine, increasing the safety factor of the collection process.

The technology behind narcotic drug testing must constantly change in order to keep up with the development of new drugs and changes to existing ones. Due to its nature of detecting something that is already being abused, it is also inevitably one step behind. With changes in the technology used to perform detection, this window between abuse and detection is constantly shrinking.

With these new developments in drug testing technology, law enforcement officers are better able to detect drug use when and where offenses occur. With increased detection, roads and workplaces will become safer for everyone involved and we can expect the number of road traffic fatalities to fall. When taken from the viewpoint of public safety, advancements in drug testing technology benefit us all.