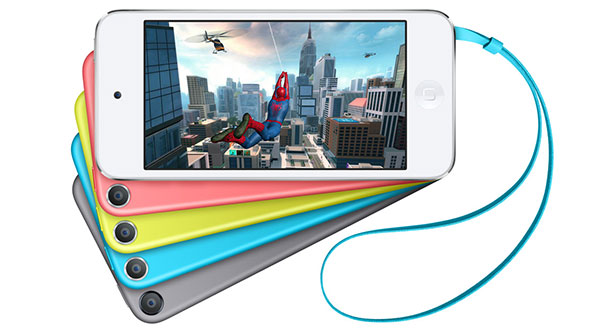 3 Top Reasons Why Your iPod Touch May Be Acting Sluggish

As far as advancements in technology are concerned, the invention of the iPod was pretty much one of the greatest progressions for decades. It meant that music lovers could wave good-bye to CD skipping when out for a jog with their “disc man”. The ability to listen to any one of thousands of songs on just one device – total bliss!

The iPod has come a long way since its humble beginnings. The most recent addition, the Apple iPod Touch 5th generation, boasts a touch screen, 5MP camera, retina display, 32-64 GB of storage and a host of cool applications.

However, technology is never without its minor flaws. iPod Touch owners should be aware that it is very possible for the performance of the device to eventually become sluggish. If this does happen, do not despair – there may be some very obvious reasons behind its drop in performance. If you’re oblivious as to what could be wrong with it and you live in the US, Fix Apple Now, are a Miami based Apple repair store that can help you to get your device back to its previous level of performance.

The following are justthree of the top reasons why your iPod Touch may be acting sluggish.

Even an iPod Touch can feel overrun at times and needs to take a break to reboot itself. If your iPod Touch 5g is acting sluggish, it may just need to be shut down for a few minutes to allow the device to “regroup” in a way by shutting down its system processes and perform maintenance. It’s similar to the way in which we need to shut down and sleep to reboot our energy levels.

Give your device the break it needs by simply holding the ‘sleep/wake button’ and ‘slide’ to power off. Leave the device powered off for a few minutes, or longer if possible, and then switch it back on. Test the performance of the device by opening previously sluggish applications.

When your iPod Touch is a couple of years old, perhaps a 2nd or 3rd generation iPod, then you may notice that installing the newest version of an operating system, iOS 8 for example, may cause the performance of your device to deteriorate. Why? Unfortunately the hardware of an older iPod Touch may not be capable of supporting the new features of the current operating system.

3. You’re running too many apps at once.

Do you know that feeling of complete confusion that you get when you’re asked to do a couple of things all at once? That’s exactly how your iPod Touch feels when you are trying to run too many applications at once! There are so many cool features on the latest iPod Touch devices that it is no surprise that users want to keep the book that they are reading open while accessing text messages and Gmail, and all while listening to music on the device too. Remember that the more applications that you have open, the less your device is able to cope!

These are just three of the numerous reasons why your iPod Touch might not be performing at its optimum level of capacity. Ensure that you get the most out of your device by eliminating any factors that may be contributing to its drop in performance.