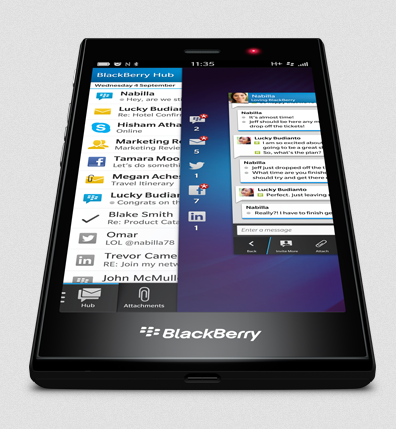 While BlackBerry Z3 was initially designed for the Indonesian market, but BlackBerry Limited has now decided to launch their new smartphone Z3 in various other markets including the Middle East. BlackBerry announced that their new affordable smartphone will now be available in United Arab Emirates, Kingdom of Saudi Arabia in July and will be followed by Qatar, Bahrain and Kuwait in the next few months. The new smartphone extends the BlackBerry 10 platform to the next generation of customers in the Middle East and will allow them to get better connectivity.

The new Z3 will have stylish design on the outside along with 5 inch touch display for superior user experience. The smartphone also includes exceptional battery life and wide array of features like BlackBerry Hub that allow users to access all their work and personal emails and text messages at one go. It also offers BBM, BlackBerry Keyboard and BlackBerry 10 Browser.