Can the Microsoft Surface compete with the iPad 4?

Microsoft has a lot riding on their latest tech offering: Microsoft Surface. This touch tablet-cum- laptop is an extremely promising product on paper, with promises that it can overcome many of the limitations tablets face. Before the Surface takes the crown of the tablet world, it has to beat Apple’s offering: the iPad 4. We take a look at the Surface to see how it shapes up against the market standard iPad 4.

Being a tablet laptop hybrid, the Surface has a large 10.6-inch screen that’s perfect for browsing, watching video content and working with Microsoft Office suite. That being said, the screen resolution isn’t anywhere near as good as many of the tablets on the market. To put things into perspective: the iPad 4 has a pixel density of 246 pixels per inch whereas the Surface only has a pixel density of 148ppi. The picture quality isn’t what you would expect from a product similarly priced to Apple’s flagship device. All however is not lost, Microsoft will be launching the Surface with Windows 8 Pro that boasts significantly higher resolution screen (1920 x20180) in the near future.

Windows Surface RT comes with a Tegra 3 processor. The user experience is reportedly smooth, though users have been complaining that the device feels sluggish, especially when launching applications. The iPad 4 retina display is powered by an A6X processor which blows the Tegra 3 away in benchmarking and day-to-day performance. If you’re after a flawless tablet experience, it’s well worth going for the iPad.

The official battery life as stated by Microsoft seemed like a very promising offering. The reality is a somewhat different case, with many users complaining that the Surface tablet fails to hold charge well overnight, even if turned off. If Surface is to compete, Microsoft will have to do some serious tweaking with the Pro model.

There is no question that the Surface tablet is one of the best touch tablets in terms of connectivity. The device has a full sized USB slot, Micro SD ports and HD video output. When you consider that the majority of tablets have no USB port, Microsoft Surface seems like a very appealing option.

Microsoft Surface is a promising offering but fails to deliver on many levels, notably pixel density, apps and processing power. That means that you shouldn’t rush to sell your iPad on www.musicmagpie.com anytime soon. We can only hope that Microsoft iron out the kinks with the release of the Surface Windows 8 Pro. 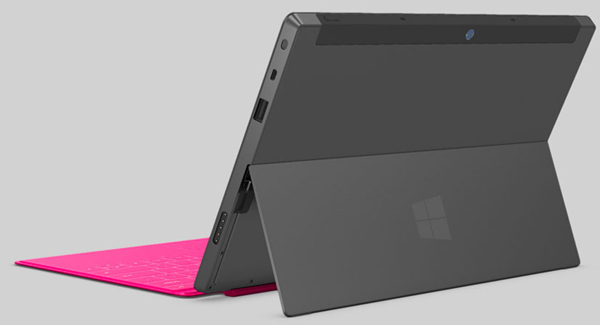