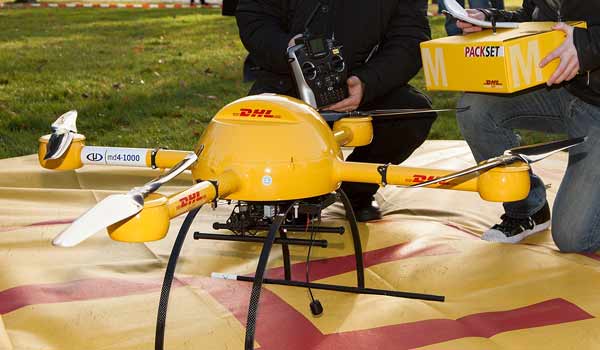 Could Drones Be The Future Of Delivery?

Could drones be the way of the future? Amazon seem to think so.

Amazon are beginning to test their drones in the UK, in collaboration with the UK government. Although it may take a while, Amazon plan to one day make seeing a delivery drone in the sky as common as seeing a delivery truck on the road. 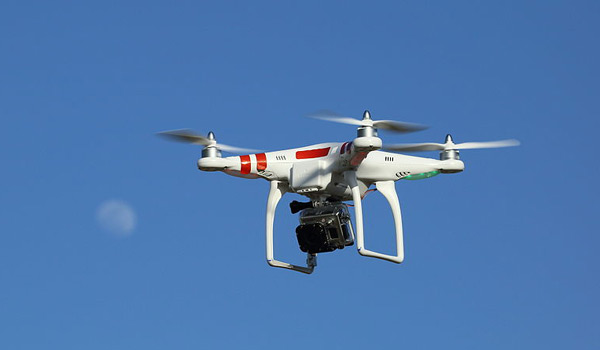 Many members of the public are still confused on what exactly a ‘drone’ is. Other names for drones include ‘Unmanned Aircraft Vehicles’ (UAVs) and ‘Remotely Piloted Aerial Systems’ (RPAs). In short, they are small, flying vehicles which can either be controlled by a human or programmed to work on their own.

Drones can be used for many purposes. The US military use drones to get information on targeted areas and launch precision strikes. They can also be fitted with cameras to catch security tapes or film live events.

Drones are even available to the general public to use for capturing video or just as a hobby. If you’re in the market for your own drone, check out RotorCopters’ favorites.

What Are The Drawbacks Of Drones?

It may take a lot of testing before Amazon are able to use drones for delivery. BBC reported that a recent trial in Fleam Dyke, Cambridgeshire was described as ‘horrifying’. Locals complained about the noise and said drones should not disturb the countryside.

Experts have commented that Amazon drones should be feared. There is a possibility for people to hack drones, or even physically steal them. Drones can be repurposed for many uses, some of them dangerous. Some people worry that a drone could find its way into the hands of terrorists.

There are also concerns that drones could disrupt air traffic. In April a Heathrow Airport pilot reported a drone colliding with his plane. If Amazon begins to fill the sky with delivery drones, this could cause problems for air travel.

Could Delivery Drones Become A Reality?

Despite some complaints, Amazon seem dedicated to improve their delivery drones and put them into action. They currently have development centers in the United States, United Kingdom, Austria and Israel. They plan to carry out more tests worldwide to ensure their drones are safe and reliable.

If drone delivery becomes a reality for Amazon, it could revolutionize the postal system as we know it. American retailer Walmart has been testing their own delivery drones. If drones become a viable delivery option, we will start to see more and more retailers getting in on the action.