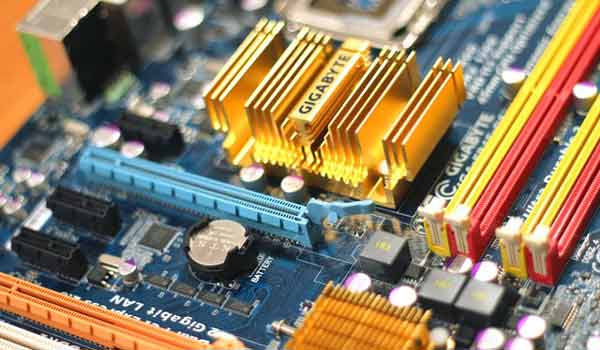 Blurring the Line Between Home and Industrial Technology

The world of business and industrial giants has, for a long time, been an exclusive club that hobby tech enthusiasts only dreamed of exploring. For instance, for any major technology or electronic device you have at home, those juggernauts probably have a super-powered version that is capable of blowing your one out of the water. They are businesses after all, so it only makes sense that they have the big toys to play with while we’re stuck with the child versions at home—but that’s about to change.

As consumers get more accustomed to using modern technology, their appetite for speed, power and efficiency starts to grow. For instance, phones a decade ago were only capable of light web browsing via WAP and laptops were designed for business use. The world of business got their hands on this technology first and they used it to their advantage, but it slowly made its way into consumer hands. Nowadays, work laptops are far less powerful than something like a gaming laptop that’s designed for virtual reality, and business executives are using the same smartphones that the general public is using—it’s no longer an exclusive club.

Consumers at home are constantly looking for new toys to play with and new equipment to use. For instance, the introduction of home 3D printing has taken the world by storm and the industry surrounding it is booming. You can print almost any plastic object with 3D printing, and you can even make larger items by printing out various parts and sticking them together to create many useful objects and toys. For the adventurous hobbyists out there, you can even get into mold making with a 3D printer which is a technique that many businesses have been using to create items quickly and efficiently.

Despite the recent popularity of 3D printing, it’s actually a very old technology. It had some limited uses and, as a young technology, didn’t seem to have much use at home. Thankfully, over 30 years later, home versions are now being created which opens up a whole new market: hobbyists. You can create a hobby out of literally anything from collecting stamps to printing out 3D models, and it just so happens that 3D printing is capable of being more than just a hobby toy.

Power to the consumer

Another great example of consumer technology reaching the same level of power as industrial technology is in the computer component market. Recently, Advanced Micro Devices (AMD) unveiled their new “Ryzen” computer processing units which are directly competing with Intel’s Extreme Edition chips. Ryzen offers the same or better performance than Intel’s flagship Extreme Edition processors at just a fraction of the price. For a $1000 Intel CPU, AMD boasts a $500 price tag for their Ryzen chip which makes it an attractive choice for computer builders and tech enthusiasts around the world.

The gap is closing

With so much power being offered to consumers, it’s only a matter of time until the line between consumer-class and business-class technology is removed, and there will be no stopping a well-funded and knowledgeable hobbyist from doing what an industry veteran can do with a company behind their back.