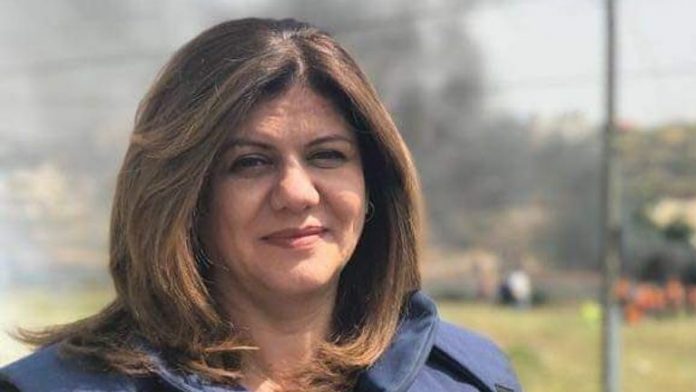 The journalist Shireen Abu Akleh was shot in clashes between Palestinian troops and Israeli troops against Yen refugees.

Al Jazeera journalist Shireen Abu Akle was killed in the West Bank. The reporter was shot in clashes between Palestinian militias and the Israeli army in the Yen in refugee camp. The Palestinian news agency Wafa reported, citing the Palestinian Ministry of Health, that journalist Abu Akle (51) had “died in a strike by the occupying army“. Another Palestinian journalist, Ali Samoudi, was wounded and in stable condition. An Al-Quds journalist was also killed.

"She was fearless, but she was also human.”

Shireen Abu Akleh’s colleague and close friend @DaliaHatuqa remembers the impact she had on the Arab world, and how she inspired a generation of women to become journalists.

The Israeli military (IDF) is investigating the “possibility” that two people sentenced to death were wounded by armed Palestinians in early morning clashes at the Yen in refugee camp in the West Bank. Akl later died of his wounds. An army spokesman said during Jenin’s operation that “dozens of armed Palestinians opened fire on the soldiers”.

“I don’t think we killed him,” military spokesman Ran Kochav told Cannes public television. “We advised the Palestinians to do a joint investigation. That is a fact. Kochav then explained that the Red Crescent” sent the body “immediately after the shooting. A media spokesman also said that Palestinians armed with guns were beaten on social media. but that “Israeli soldiers were not beaten.”

Al Jazeera shocked and saddened by the killing of Shireen Abu Akleh, Some talks about this saddest news.

Another Journalist Was Also Injured

The Palestinian Ministry of Health said another journalist, Ali Samoudi, had been shot in the back, but his condition was not serious. “Everyone was wearing a journalist’s helmet and uniform. He added that the group” also moved its military focus away from its focus. “He killed inside, as he explained:” A monstrous crime against humanity.

President Abu Mazen has condemned the “murder of Israeli journalist Shireen Abu Akle”. This was reported by the Wafa section. Abu Mazen said he considered the “state of Israel as a whole for a heinous crime”, stressing that it was part of a “daily plan to act against our people, our country and its security”.

The Palestinian president has accused Israel without clear evidence. Israeli Prime Minister Naphtali Bennett spoke of the death of Palestinian journalist Al Jazeera in Jenin. “According to the information we have, it is an indisputable fact that the Palestinians are armed. The death of the author,” Bennett said.