Do you believe that mobiles play an important part in our life? There are many people that cannot do without mobiles for a single moment because they are so much dependent on the mobile phones that help them to stay connected to their loved ones and even to their colleagues for professional reasons. Today, mobile industry has grown and many people believe that mobiles are becoming the most common thing that people have on the planet. However, with more and more mobile phones flooding the market what happens to the older mobile phones that are now outdated?

Well, it is usually believed that people buy new cell phones and mobiles when they have better income and therefore the only thing that they do with their old mobile phones is that they either throw it away in the garbage or they just dump it in the drawers somewhere in the house. However, in both the cases your old mobiles are not going to get anything for you. There are many companies that now request customers to recycle mobile because that is a better option that most people are not aware of. 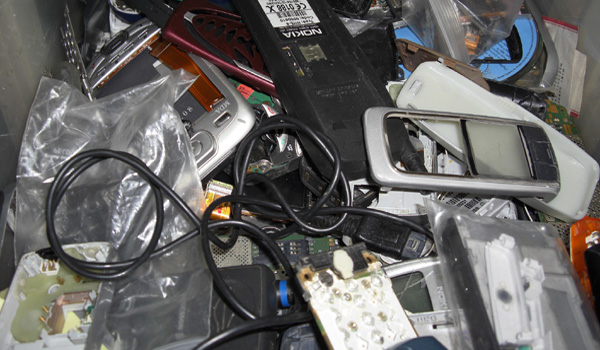 These companies are really helping out the world with the kind of technology they have. Most of the companies that ask consumers to recycle mobile have thought about how they can break down the amount of mobile phones that end up in the garbage around the world. It is estimated that only 20% of the phones are recycled in the market. It indicates that large amount of old mobile phones still end up in garbage containers around the world which is not good for the environment as the mobile phone battery can pollute the water and also lead to more accidents and radiation in the future.

If you are planning to discard your old mobile phone it is better that you look out for such companies that can provide you with the option to recycle your mobile phone. There are many such companies that you can find online so you can start researching about such websites and see if they can provide you with any financial rewards for it. There are mobile recycling companies that actually offer cash to customers that bring their old cell phones to the store. This way they can attract more and more customers to bring out their old and outdated cell phones that they would like to dump.

The good thing about these recycling companies is that they not only recycle the products and parts of the mobile but they sort out various other parts that are still in good shape. Hence, companies that manufacture cell phones can make use of the same old stuff and refurbish them in a better way to ensure that they can bring down their cost of production in the future. Hence, recycling companies are actually helping people to have a better world where they can improve their environment and also bring down the prices of mobile phones that can help them communicate better.