A London based photographer, Andrew Scriven, who is also a teacher and environmentalist recently visited arctic to photograph polar bears. Andrew also has the honor to win Sony World Photography Awards, so Sony Ericsson gave him an Xperia Z2 to see how good it can be. The breathtaking images taken by this brilliant photographer leave no doubt in one’s mind about the phone’s excellence.

The Xperia Z2 is a 5.2inch flagship smartphone by Sony equipped with a 2.3 GHz Qualcomm processor, Android 4.4.2 Kitkat and an impressive 20.7 megapixel camera. While the smartphone’s remarkable performance is comparable to the Samsung Galaxy S5, its sleek glass and metal body beats the plastic body of S5.

The images produced by the Xperia Z2 were taken by placing it under a Carl Zesis telescope at midnight in the Arctic Circle. Andrew took a series of photographs by playing with the light coming through the lens of the camera. He claims, Xperia Z2 proves to be a great companion for his photography endeavors due to its light weight and multi-functions. Not only is he able to take great photographs with its camera but he can also edit, store and upload photographs from his DSLR by linking it with Z2. 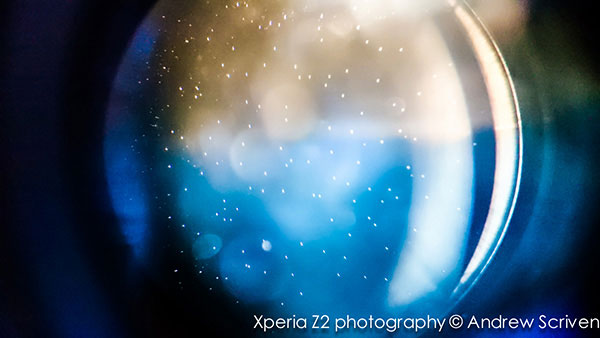 Here are a few Xperia telescope shots, he adores the most?