Through the ages, many items of our culture have undergone significant transformations. These can be changes in their design over the years to keep up with fashion trends. These changes can also be in their technology. Other changes may occur in their purpose. Whatever the reason for the evolution of an item, one thing is certain: today’s consumer is quite enamored with the idea of having vintage and retro items in their homes. This includes many items such as phones.

The chunky plastic phone that was used after World War II is one of these designs from the past that is now “in”. These phones were made from plastic that was thermally molded into the chunky design that’s so famous. With the ability to mold the plastic, phones began to take on other unique shapes. Many people search for unique designs for part of their collections. One benefit to this particular technology along with improved production methods is that more and more people owned phones. As a result, there are many of these vintage designs out there for collectors. Another aspect of this retro phone is its rotary dial. These phones also come in a wide range of colours, to suit anyone’s decorating taste or preferences. 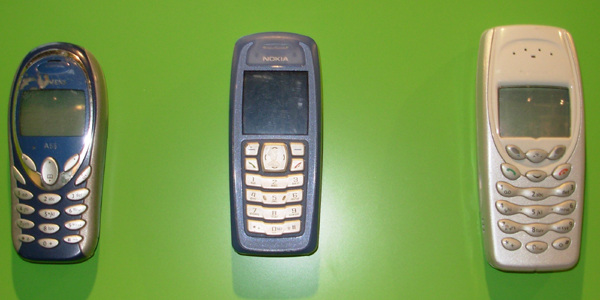 Another type of phone that’s become nostalgic to own are older models of mobile phones. In the past, before the iPhone and before Android, Nokia was top in the mobile phone market. For this reason, many of the phones wanted by collectors are Nokia devices. One of these is the Nokia 3310, which was popular when it was released before the dawn of the millennium. Given its popularity, such as with the chunky rotary phone, there are many devices out there today. This model was built to last longer than today’s most popular mobile phones which are much more expendable.