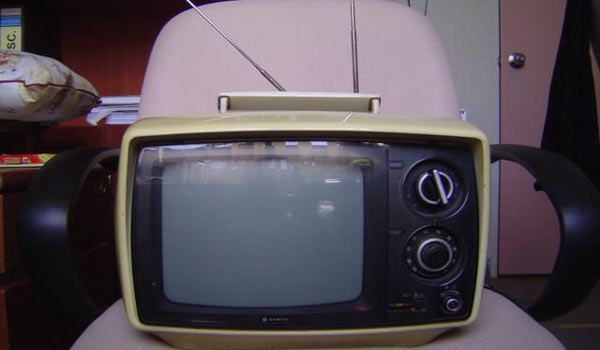 What Does The Future Hold For TV Technology?

We have seen some amazing advances in television technology in the last few years.

Smart TVs, giant High Definition screens, 3D images and cable or satellite services with tons of amazing channels are now commonplace. So what TV technology can we expect to see in the future?

Could we soon have transparent TV screens that hang on your wall and blend in seamlessly to the decoration by being almost completely invisible? This would make it easier to fit a television into any type of room easily and elegantly.

It has been suggested that with OLED TVs it would be relatively easy to make transparent televisions. There is a good chance that we see a lot more of this type of TV before too long, although the cost and difficulty in producing them has still to be fully overcome.

It is clear that TVs have got noticeably thinner in recent years. Simply compare a modern set with one from a couple of decade ago and you will see how far we have come in this respect. Currently, some LED sets are just a few centimeters thick.

However, even these televisions could soon appear positively bulky. LG recently revealed a stick-on wallpaper type of TV that is less than 1mmm thick. Of course, you will still want to watch great shows, so signing up at http://www.directspecials.com/directv/new-york/new-york/ is a smart move with even the thickest or thinnest set.

The idea of a television that sends out hologram images has been present in popular culture since Star Wars showed us Princess Leia being beamed out in front of our startled Star Wars heroes. It couldn’t really exist though, could it?

To be fair, there has been talk of hologram TVs appearing on the market for some time now, with nothing yet to show for it. Having said that, the latest reports on this technology are more promising. Could we be watching holograms in our living rooms before too long after all?

The rise of the projector as a replacement for conventional TV sets is another issue that has received a lot of news space in the last few years. Could we really use one of these devices instead of a television?

The advantages of being able to watch an immersive experience on a giant screen for a reasonable cost means that projectors are starting to become far more popular. It is certainly possible that you will be watching your favorite shows and films using a projector in the future.

The range of different types of television technology can be confusing to get to grips with. OLED is something you maybe have already heard about but what about Quantum LED and Crystal Led?

The truth is that a lot of work is being carried out on different kinds of television technology just now. We don’t know exactly which ones will become all-popular but it seems clear that the way we watch television is about to change dramatically before too long.

For the moment, some of the technologies we have looked at here aren’t yet available or are still crazily expensive. For the time being, though, there are still some terrific types of television around that can add a lot of pleasure to your life. Why not move onto a bigger screen, full HD or even a 3D TV just now?