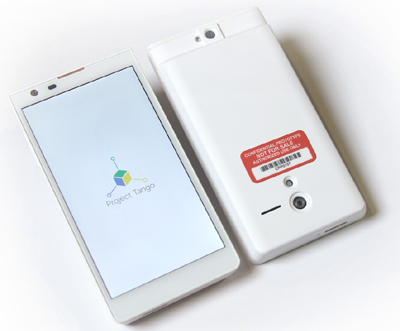 Google has introduced a trial-based smartphone with 3D sensors and android OS. The experimental model has been entitled as ‘Project Tango’ and is the most recent contribution of its ATAP Advanced Technology and Projects group.

The project was announced on a G+ post by Johnny Lee, the technical program team lead for the ATAP group. According to him, the purpose of Project Tango is to bless mobile devices with a human-scale understanding of space and motion.

The basic specs of the phone suggest that it would be a 5 inch smartphone powered by Android OS and strong 3D sensors which will have the capacity to take more than a quarter million measurements per second. According to the company, this feature would be of great use for gaming and indoor navigation.

The initial prototypes of the smartphone would only be distributed to a list of selected developers by the mid of March this year. However, the phone is still on the verge of development. The reason for distributing it initially to the developers is to understand and further improve the phone’s functionality.

These sets would be of great use to the game developers, and data processing and mapping application developers, however some units have been set aside for applications. The team had been busy to develop the phone for a whole year. During the time, the company worked with universities, research labs and industrial partners across 9 countries in order to extract the most influential research on robotics and computer vision from around the world.

The innovative smartphone comes equipped with development APIs to work with data created in Java, C/C++ language as well as the unity game engines.

If you are a developer, you can apply for a set at the Project Tango webpage.