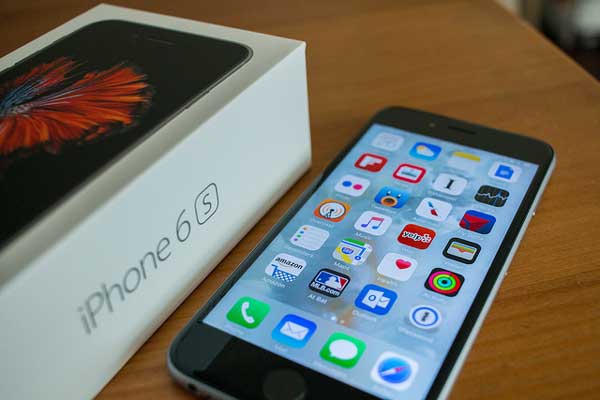 The Tech Behind 2016’s Most Wanted Christmas Gifts

Everybody loves getting a new gadget for Christmas, whether they’re young or old! Make your loved one’s holidays by picking them up one of these awesome tech treats. Here’s everything you need to know about what makes them tick!

Who doesn’t want a new iPhone for Christmas? Apple’s latest iteration of its smartphone series is the 6S. If you thought the 6 sold well, then you won’t want to miss out on the latest model! It features a brand new technology called 3D Touch, and this is what drives the gorgeous retina display. Apple calls it the “next generation of multi-touch”, so you can be sure that this smartphone is definitely future-proof! The phone now recognises force, as well as your taps and pinches, so that you can gain access to extra menus. It’s like how right-clicking works on a computer! It’s pretty neat.

If your kid loves Frozen, then this is the present for them this Christmas! The remote controlled Disney heroine can glide along the ice with the help of an easy to use remote. The tech behind this one is very simple. It’s a straightforward RC controlled device, that works from up to 8-10 metres away! Oh, and she sings ‘Let It Go’ the whole time, too. Who wouldn’t love that? If you want to know a little more about RC toys before going shopping this holiday season, then sites like MyRCtopia have you covered.

All the gadget shops are stocking these! It’s a very simple bit of kit, but the result is extraordinary. With one of these, you can turn your bedroom into a cinema with just your smartphone! The tech is rather straightforward, simple slide your smartphone (up to the size of an iPhone 6 Plus) and you’re underway. It’s even made of cardboard! Just make sure you turn off rotation lock or the picture will be upside down! This makes a great present for any tech enthusiast or somebody who loves snuggling up and watching a movie in bed!

Another one for the kids! LeapPads are about the biggest thing in children’s technology right now. The current model is called the LeapPad Platinum, and it’s awesome! We wish we had one as a kid. The tech is rather similar to that found in a tablet, they’re very similar devices. The LeapPad makes use of a 7” capacitive touch screen, which is shatter-safe – incredible! That could save you a lot of time and money if your child were to drop it on Boxing Day! It also features WiFi connectivity to let your little ones safely browse the web. Also, it even houses an awesome graphics card, so their educational games look great, too!

Hopefully, this guide has given you some great holiday gift ideas. Plus it should have helped you learn all about the tech inside of some of the most wanted gadgets this Christmas. Your loved one should love any of these incredible tech products, so happy gift giving!