We provide a lot of tips on how you can get the best car for your money with tips like going nearly new and used. But what about the transport that’s coming up in the future? The Geneva Motor Show is starting. Already there’s been a lot of sneak peeks of some of the great things we’ll be seeing through the whole conference. So, what will we be driving in future? We’ve picked out a few of the more interesting ongoing developments in the world of motors. 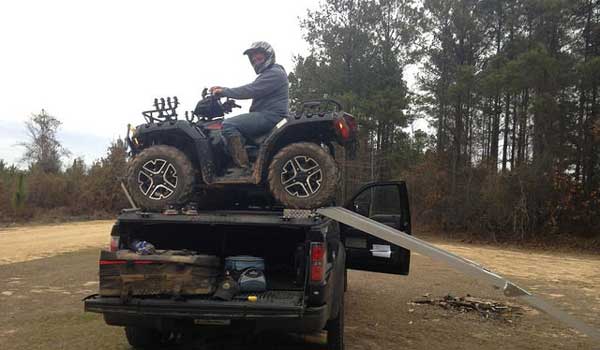 One of the ultimate off-road options, side-x-sides are like smaller, nimbler Wranglers. They currently get a lot of use thanks to fishermen, hunters and the like. However, they’re far from road-legal. There have been recent developments towards making a rival for the immensely popular Wrangler. Could we see a future with road legal side-x-sides? What would be better than a small, quick off-roader that gets you where you need to go without needing a truck to carry it there? Road legal side-x-sides could revolutionise off-road driving. Someone just needs to run with the concept. In the meantime, you can make changes to your own to make it road-legal, like fitting road-approved General grabber tyres.

The future is upon us and the robots are taking over. Well, not just yet. In fact, California has outlawed the use of driverless cars. But that’s not going to stop car think tanks from pursuing the future of laziness in transport. There are already driverless cars, except they’re not quite driverless yet. Swiss developer Rinspeed has yet again showed up at the Geneva Motor Show. They have big ideas on making the occupants of the car totally irrelevant to its operation. Who knows, this may be the future we’re actually moving toward.

Another revolution coming with autonomous cars seems to be tyres that defy all conventional logic. For example, Goodyear have shown fully spherical tyres connected to the car by magnetism. In concept, this allows the car to drive sideways without effort or take on any kind of road or terrain differences. It sounds like an off-roading dream or just a dream altogether. We imagine it’ll be a while since these are available, even if the autonomous trend does hit the big time. 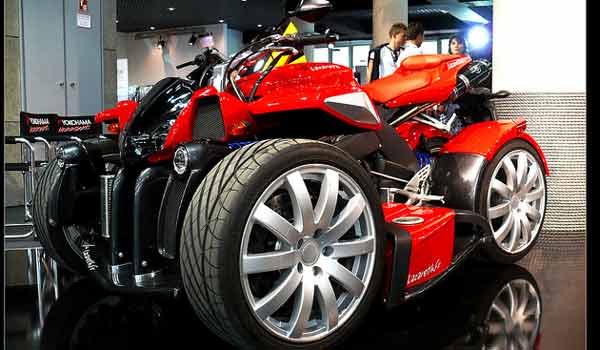 Lazareth is an expert at making things that are truly scary. Just take a look at the LM847, the latest creation from the customising mad genius. All the power of a Maserati super-car thanks to its 4.7-liter V8 engine. Lazareth has a long history of making insane vehicles and there’s no denying they are utterly exciting. Some of them are even road legal at the moment, but the fact is that the very limited nature of them hikes those prices way up. We don’t imagine you’ll see too many on the roads any time soon, but they are revolutionising the idea of performance superbikes. Something we would like to get our hands on, but are much too scared to.