Nokia Lumia 800 is the first smartphone from Nokia to feature Microsoft’s Windows Phone operating system, the same OS which is going to be integrated into all its upcoming high-end smartphones. Besides the innovative smooth OS, the Nokia Lumia 800 is armed with a snappy processor, AMOLED display screen, and a shooter with a Carl Zeiss lens. But what do you think, will Nokia Lumia 800 be able to stand on the ground and reinstate the prosperity of Nokia as a tough player in a world of smartphones which is conquered by the tech giants such as Apple, HTC, and Samsung? 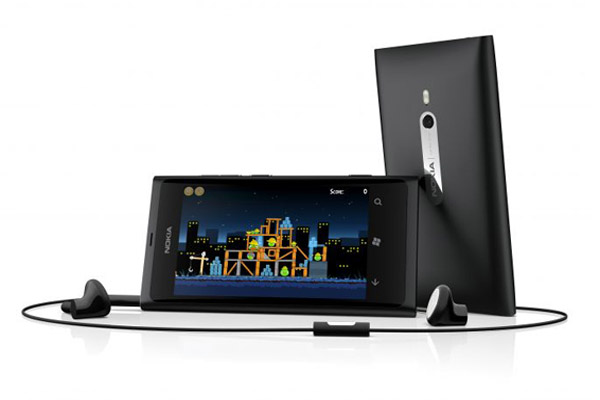 The Nokia Lumia’s design much resembles the Nokia N9. The overall exterior is built about completely from polycarbonate and is available in three colors: black, cyan, and magenta… The overall design is impressive and gives a solid feel!

The major variation between the Lumia 800 and preceding Nokia smartphones is that this mobile is operated by Microsoft’s Windows Phone software (mango) which is the latest edition and thus it hosts a lot of new features.

The preceding Windows phone OS was totally cluttered, but luckily the company somehow managed to cope with it and maintained its level, and presented us with the spanking new user-friendly interface.

Nonetheless, these specs might seem a bit old when compared to the dual-core processors, but the Nokia Lumia 800 still gives a speedy experience.

Sadly the Nokia Lumia 800 doesn’t have a decent battery life so you’ll have a tough time using it.

The Nokia Lumia 800 features a 3.7” AMOLED display screen with a resolution of 480×800 pixels. The display of the Nokia Lumia 800 throws many dark colors and consumes less battery life than LCD screens. Meanwhile, the color levels are quite bright and provide punchy graphics giving it a genuine energetic feel!

Sadly the Nokia Lumia 800 lacks a secondary camera so no video calls as you could make on other Windows phones! While the front 8-megapixel camera (such high pixel count + Carl Zeiss Tessar optics) isn’t quite capable too. We were quite dissatisfied with the results!

In general, the Nokia Lumia 800 is a brilliant window phone mobile. The interface is nicely designed and user-friendly. The phone looks gorgeous and has the robust build quality to provide you with the utmost experience!