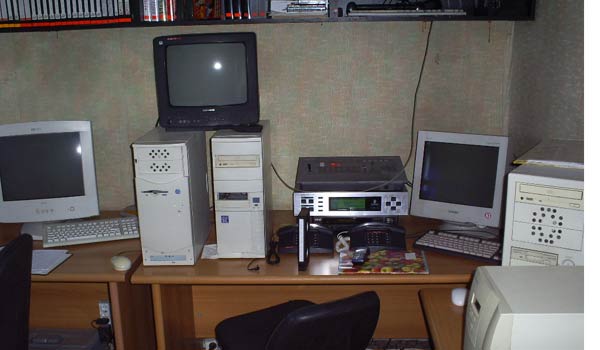 What Can You Do With Your Unloved Tech?

New technologies are launched every single year. It seems the pace of improvement for things like computers, tablets and smartphones has reached a phenomenal speed. By the time you’ve saved up enough money for the latest thing, it’s already been superseded. Of course, that can mean that you end up with a lot of old devices laying around your home causing clutter. So what on earth can you do with all those old gadgets?

Fortunately, you have plenty of options. You can leave them in your home and create yourself a sort of tech museum. Of course, most of us simply don’t have the room to collect anything! But you may actually have some devices that could be of interest to a real museum either now or in the future. The Computer History Museum and The Smithsonian have been accepting donations of early tech lately. Personal computers, calculators, and even early iPods are creating a lot of interest. Lots of our old tech is broken, but working devices are often of interest.

Of course, not all of us are old enough to have a collection of tech from the seventies or eighties right now. So what can you do with your old tech from this century? There are still plenty of options. Some items are highly desirable still. Certain gaming systems can fetch quite a lot of money in the right circles. You can also sell recent generations of iPhones and iPads for a little cash on internet auction sites.

You don’t have to sell your old tech. There are plenty of needy people out there who would be very grateful for your kind donation. Schools, clinics, care homes and even hospitals can sometimes make use of these things. There are also families in need of donations of tech so their children can use them. Some elderly people also rely on community support to keep them in touch with recent technologies. Chances are you know people like this in your hometown. Ask around.

Kids love tech. They can handle gizmos and gadgets like tablets, laptops, and smartphones with ease. If you have small kids, why not let them play with your unloved tech? Install a couple of apps or software that is age appropriate. If they end up breaking it or damaging it, you won’t mind nearly as much as if it was a new one. Mobile phone repairs can usually be done quickly and easily to bring your old cell back to life. Old computers can be handy for a lot of things that kids might be interested in, from coding to old games.

Old computers are also quite handy for extra data storage. You can also use them for networking and sharing on a home computer network. Why not take out the DVD drive to install in your new computer? You can strip old PCs down to reuse the spare parts. Perhaps your teenager would like to learn more about computers? This can be a great opportunity to rebuild it again.

Of course, most of us take old gadgets and tech to the appropriate recycling centers in our towns. This can offer a chance for use to others in foreign countries. Or the parts can be recycled altogether. Go on, get rid of your clutter!