Samsung is trying to be ahead in the competition and therefore the company is releasing some of the best devices that they have. A few days ago Samsung announced the launch of the all new Samsung Galaxy Note 2 which is a device that is in between a phone and a tablet. Now, the company has announced that the new device that they call phablet is available for UK consumers on pre-orders through the Unlocked Mobiles website.

Samsung claims that the device is much better than the previous version of the Galaxy Note and comes with 5.5 inch Super AMOLED display that will allow consumers to have bigger screen for video and ebooks. The quad core device comes with 1.6GHz processor that can handle all the work that consumers can think of on a phone and tablet. The device was initially launched at the IFA 2012 last week and will be available without SIM for a whopping price of 544 GBP for 16GB model. The delivery of this device is expected at around mid October. Samsung has announced that the device also comes with S Pen stylus, 8 megapixel camera and NFC connectivity. The same device will also be available in 32GB and 64GB variants for those who need more space. 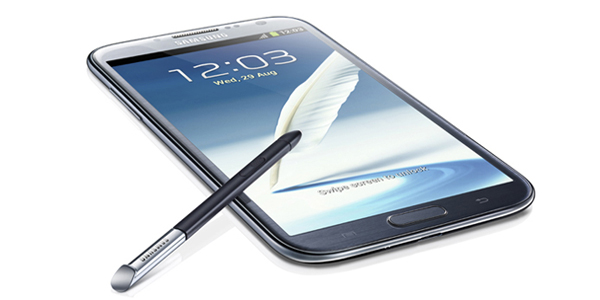