What are the latest offerings from Samsung?

Thanks to its Galaxy S3 smartphone Samsung could legitimately claim to pose a serious threat to Apple’s previously undisputed smartphone crown. However Samsung has built this push for the top on a solid range of handsets at affordable prices, and for many people its Galaxy S3 handset provides unnecessary capability. They want something simpler and cheaper that provides them with the kind of tools that users of smartphones take for granted. Consequently when considering new mobile phone deals available from Samsung they might be interested to know what other handsets are available. Here’s some information on what else to look for if you find that the Galaxy S3 is, for whatever reason, out of your range. 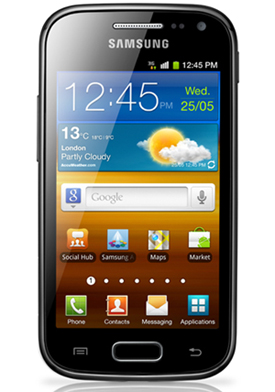 Designed to be the smaller, slimmer sister to the Galaxy S3’s beast the Ace 2 is unbeatable for many people considering the ideal combination of looks, capability and price. In terms of internal memory it’s certainly the junior coming with 4GB, but for anyone who isn’t transporting complicated video or audio files – and simply wants a place to store their favourite songs and a few videos of their mates – this is more than enough.

An exclusive Samsung feature that’s worth having, if you’re a pop music junkie who likes to have the Official Top 40 on your person at all times, is an app that sends them straight to your Ace 2 for a subscription charge of £1 per week.

In terms of processing however there’s nothing minor about the Ace 2. It packs a powerful dual-core 800Mhz processor and with a 3.8 inches WGVA display touchscreen to boot this definitely isn’t a smartphone to leave you feeling inferior. It goes without saying that the Ace 2 retails on a cheaper monthly contract then the Galaxy S3 – all the more reason to go straight for the slimmer sister!