The size specifications of the iPad mini are 7.89×5.30×0.28 inches  and weight of iPad Mini with Wi-Fi is 0.68 lbs  (308 gms)  and for iPad Mini with Wi-Fi+ Cellular is 0.69 lbs  (312 gms) . The speed for the A5 processor is slower than the iPhone 5. In general even though the speed is good, the users expected slightly more speed than they are currently getting with the iPad Mini. The iPad Mini has a 7.9 inch diagonal multi touch display screen with IPS technology which is impressive as compared to other products in this range. The iPad Mini has 1024×768 resolution display at 163 ppi which is slightly less than Google Nexus 7, its competitor in this category.
Features List: The front facing Camera is 1.2 Mega pixels whereas the rear end camera is 5 Megapixel.  It has Bluetooth, Wi-Fi and USB for internet connectivity.  As an iOS device it connects to iOS applications, App Store, iTunes Store etc. It has various inbuilt apps that are standard to all iPads. 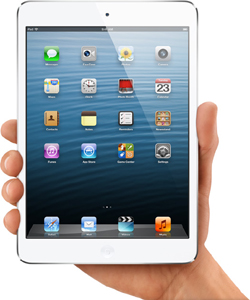 iPad Mini has a good design and construction and has been appreciated by most of its users. It is designed in such a way that it is 23% thinner and 53% lighter than a regular iPad but does everything that an iPad is required to do. This gives a good option for iPad users as its design competes with the smaller tablets in this range. iPad Mini was designed by keeping in mind to make it the smallest iPad possible that can function in the same way as other iPads. It is available in Black and Slate color, white and silver color. It is the sleekest version of the iPad there is.

The iPad Mini comes in two options one with Wi-Fi and the other with Wi-Fi + Cellular. The availability of the two options varies from country to country. Both options are now available in most countries. The iPad Mini was initially launched in more than 30 countries and then gradually world over.

Comparison with other Tablets, other Versions and Models

iPad 4th Generation is bigger with retina display and is more powerful than iPad Mini with A6X chip. Android based Google Nexus 7, iPad Mini’s direct competition is more cost effective and has a slightly better resolution but iPad Mini has a better larger screen and slightly lighter in weight compared to the Nexus 7. iPad mini also has rear camera of 5 Megapixel which Nexus does not. 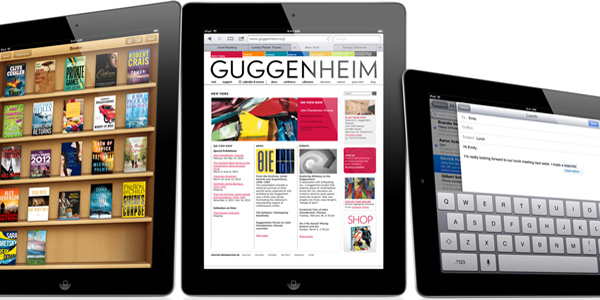 Get Cosy with Co-Workers: The Benefits of Servcorp Shared Office Space

6 Brands That Know How To Attract Millennials