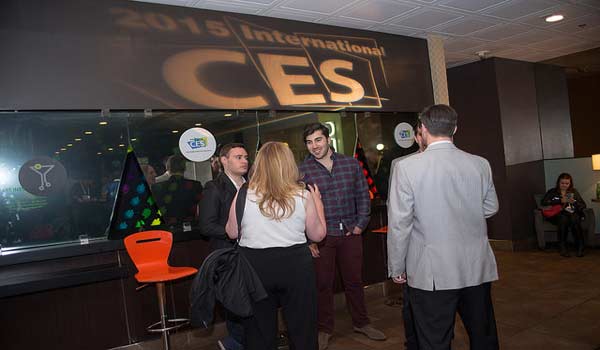 Earlier this year, the Consumer Electronics Show (CES) saw a plethora of gadgets and technology set to become normal household items in the near future. Sure, you’re not going to be running to your local Tesco to swap your trusty iPod for spider-like Hexapod robots any time soon but some pieces are continuing to create a lot of interest with consumers. Let’s take a look at some in more detail.

With this year’s release of Apple’s iWatch causing much excitement, it was inevitable that the tech powerhouses would follow suit. Sony unveiled the update to their Android run Smartwatch 2 with the Smartwatch 3; a slick version that looks the part with a stainless steel finished frame, giving it a premium feel. The watch runs on an ARM A7 1.2Ghz processor with 512MB of RAM and 4GB of storage and Sony insist that it does not need an internet connection to function properly. The company also said that the Smartwatch 3 battery can last between two and five days on a single charge. With voice recognition and a brighter screen to boot, it’s a sure contender for Apple’s offering.

Of course, there were a whole host of new phone designs revealed. As the idea of bendy phones seems to be catching on the LG G Flex 2 was a standout model — it even won the Best Phone award. Its 5.5 inch 1080p HD screen sits on the curved shell, with a 13MP rear camera. Expect bundles of advanced technology inside makes it a nice gadget, like a 64-bit Qualcomm Snapdragon 810 octa core processor and 2GB of RAM, to set it apart from its predecessor. More highlights include the Galaxy E7 and Galaxy E5 for the younger markets and the new mid-range Desire 320 and Desire 826 from HTC, can’t wait for the latest offerings? The HTC desire 510 or Samsung J1 make great alternatives. As, majority phones have small screens, many would prefer getting their hands on one of the  best android tablets.

Google presented Sony, Sharp, and TP Vision TV sets that run Android TV and are now widely available, like the Sony KDL43W755CBU, for example.The devices enable you to access apps, a global library of content and four player games. Voice activation also lets you find a show or app by speaking into the remote control. Like mobile phones, curved screens also proved popular for televisions by Samsung. Flat screens are also in high demand and the Sony X900C is the slimmest design yet at 0.2 inches wide.

Smart watches, curved mobile phones and Android run TV sets are already proving to sell well around the world and they are certainly living up to the initial hype. We’re already excited for next year’s offerings from the  world’s largest tech show.