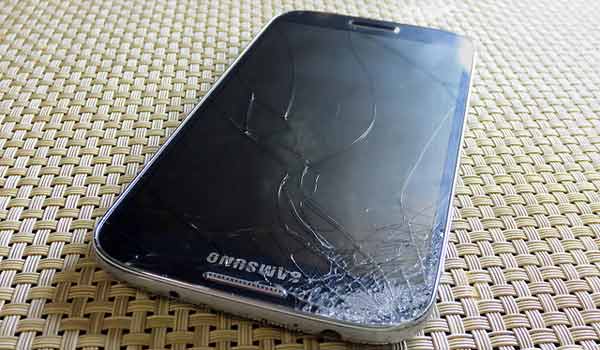 3 Common Ways To Break A Smartphone

Ways to Break A Smartphone

Smartphones have completely changed mobile technology over the last few decades. Whether it’s been for the best or not is debatable! With all those old “brick” models, you could throw it straight at the pavement and not see a dent. These days, the latest phones can be destroyed by the slightest bump! Here are a few of the most common ways people manage to ruin their smartphones.

First of all, downloading apps. Yes, the one thing we all use our phones for can completely ruin the way they function. Whether it’s a game, a social media app, or anything else, it has the potential to do some harm to your phone. Whenever you download an app, I’m sure you’ve noticed the list of permissions which come up, needing your confirmation. One way of avoiding damage is by reading the darn things before tapping “I accept”! Obviously, being paranoid about apps will get frustrating after a while. Another thing you can do is install a mobile security program. Various reputable companies, such as McAfee, offer these kind of safety nets. Get it on your device, and you won’t have to worry about malicious programs.

Overcharging is another common cause for phones going kaput. With older models of phone, you had to deal with the issue of battery memory. If you didn’t let the battery run down enough before charging, they’d fail to provide power after a certain point. These days, with lithium ion batteries in almost every phone, you can charge them whenever you want to. However, overcharging is still a problem which you need to be aware of. If you leave your phone on charge past 100%, you’ll create excess heat in the phone. There’s been the odd horror story about this causing a fire. While that’s extremely unlikely, leaving your phone on charge can still cause serious damage to the internal wiring.

Water damage is still a very common way in which people ruin their smartphones. Yes, more and more phones are being built with waterproofing. If yours isn’t built for this though, you need to be more careful. The only way to reverse this kind of damage is through a service like Forever Wireless. Obviously you’re not going to chuck your phone into a pond. Still, even leaving it on some damp clothes or near enough condensation will allow moisture to enter the phone. Before you blindly put your phone down anywhere, check it for even the slightest bit of moisture. It doesn’t take much to slip through a miniscule crack. If even a drop gets in the wrong place, then you can forget about using your phone! The major preventative measures would be switching to a waterproof model, or getting a waterproof case.

Although they can do all kinds of amazing things, smartphones aren’t invincible. Try to keep aware of all the different threats to your device, and take the right steps to protect it. While you can’t see the future, getting into a few careful habits will go a long way.